My art often reflect aspects of my journey of faith.
I belong to the earth, as much as I belong to the unseen, the heavenly.
For now, I live in the unyielding rift between those two worlds. That is what I contemplate.
The biblical informations increase my awareness of God´s sovereign ways of redemption.
It is often only in the aftermath of inner struggles, that we humans gain clarity.

The flat western shore of the Oder features several levees, which in order to control the water level and to prevent highfloods are regularly opened in winter and spring. Starting in November the water flows freely into extensive floodplains covered until April when the dikes are closed again and the remaining water is drained.

As their workplace, the art association uses since 1998 a reorganized and converted tobacco warehouse of the city Schwedt. The art exhibition takes place in their Gallery (Galerie am Kietz).


My Project
I´m the kind of artist that generally engages in personal art projects over a longer period of time. This artist in residence-meeting with the art association of Schwedt comprises but a 2 week stay (as for me, a rather short time span), so I brought with me, one of my ongoing art projects that has the potential to coinside with my residency stay and the central theme of "Wilderness".
So on this group exhibition I will show work that engages with the central theme "Wilderness", while simultaneous engaging on a sublevel with my core theme:

This theme of the suspension or also the closure of Paradise has been with me for some time now. I guess subconsciously it goes back to 1988. Back then, being an art student, my art history teacher introduced me with the fresco of Masaccio: The Expulsion out of the Garden of Eden (1426-1427).
→ See Masaccio´s The Expulsion
I clearly remember seeing a photo of it the very first time. And ever since, it never left the back of my mind. Being a christian oriented artist I liked to muse about my very own artistic attempt with the theme of the "lost paradise".

In the spring of 2016 I finally started exploring the theme of "lost paradise" in my sketchbooks. And out of practical necessity, I can´t but think through my projected ideas of the (historical) garden of "Eden" and of "heaven". In the bible these two venues are rather closely related. And while I am still "wrestling in the sea with the One", I keep being interested in this extreme paradox: our current mortal lives on a cursed earth (see the book of Genesis, chapter 3) and the biblical viewpoint of a reconciliation and resurrection.

Living as committed christian the paradox between our curse-ridden world, the apostacy of the western world seems currently almost absolute. With every passing year as a bible believer in Europe, I find myself belonging to a complete minority. Europe has lost its biblical roots ages ago, and today this is becoming crystal-clear. With an average european population that has never even read in the bible. But all the more remembers the tyranny of a so-called christian church.

To most europeans, in a way, christian core issues - like the creation of earth and mankind, the fall of man, the curse of the earth and the introduction of the mortality of man, the casting out of Adam & Eve from the garden of Eden, and last but not least, the prophecy of the removal of the curse and of death itself - seem no more than some airy legends, a sick joke at most.

As I think and believe the opposite, I find myself surrounded and refuted by a majority of people who think they´ve got it all right. In the end, my collective responsibility begins with my personal responsibility, so that´s where I am at: continuously thinking through these biblical issues. And what is more, living and believing on the basis of this biblical guidelines. This way putting them to the test. The test of my personal adult lifetime and my small contribution to civilisation and culture as a whole. Grounding myself as much as I can, with ongoing evaluations of the junctions of biblical faith, practical life, ethics and principles, natural or social sciences, technology, and not to forget: art and culture. As art has, I think, an indisputable obligation towards truth and reality.

And even if I find myself continuously "wrestling in the sea with the creator", I realise: these testing grounds are for the best. And I keep anchoring myself with the biblical promise of reconciliation and resurrection as a steadfast basis of consolation, while in my art I may express all the more some of my yearnings for the living Creator and His heavenly places. God is in charge with excellent timing. My surrender comes less frantic now. I´ve come to understand, that divine pressurizing of the soul resembles the process of cutting diamonds.


About the Drawings and Lithographic Prints - some takeway value...
(Most of which belong to the Suspension of Paradise Series)
→ Read more 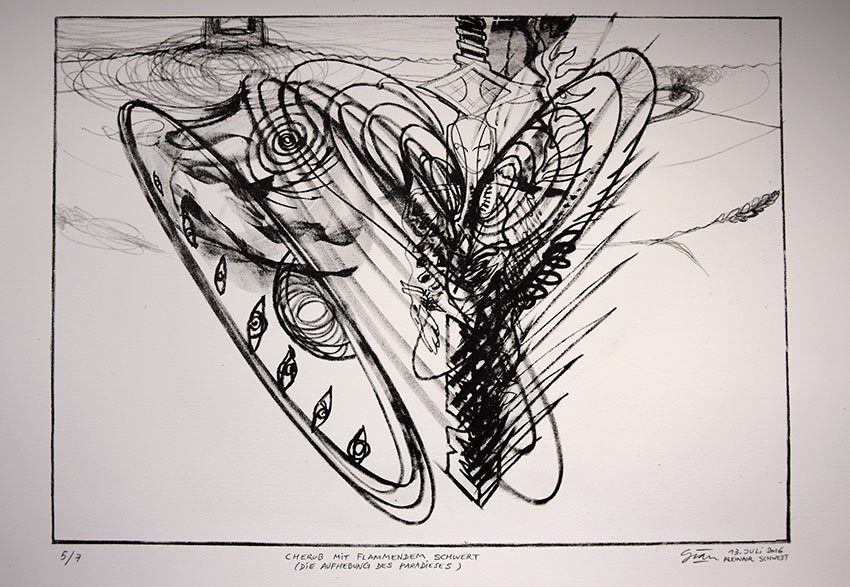 Lithography: „Cherub with blazing Sword“ (July 2016) is a Lithography in black and white. 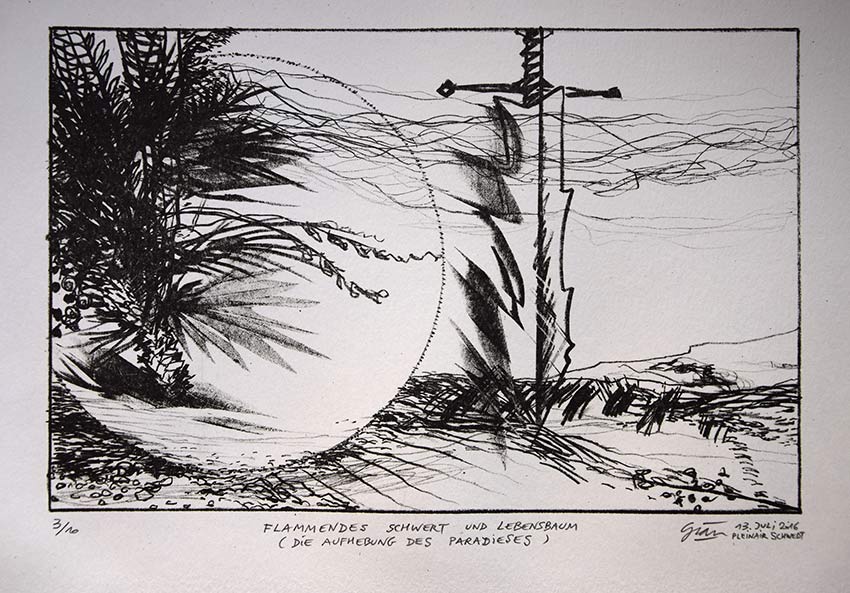 Lithography: „Flaming Sword and Tree of Life“ (July 2016) is a Lithography in black and white. 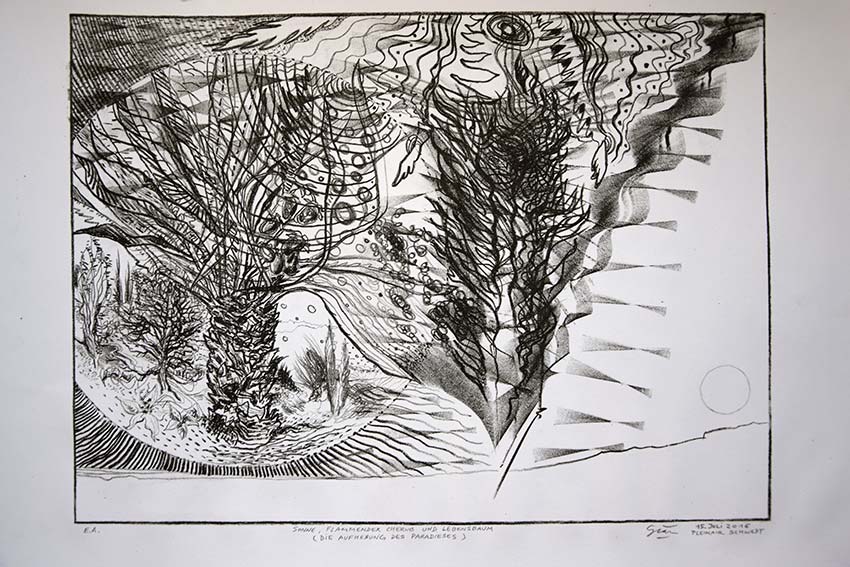 Lithography: „Sun, Flaming Cherub and Tree of Life“ (July 2016) is a Lithography in black and white. 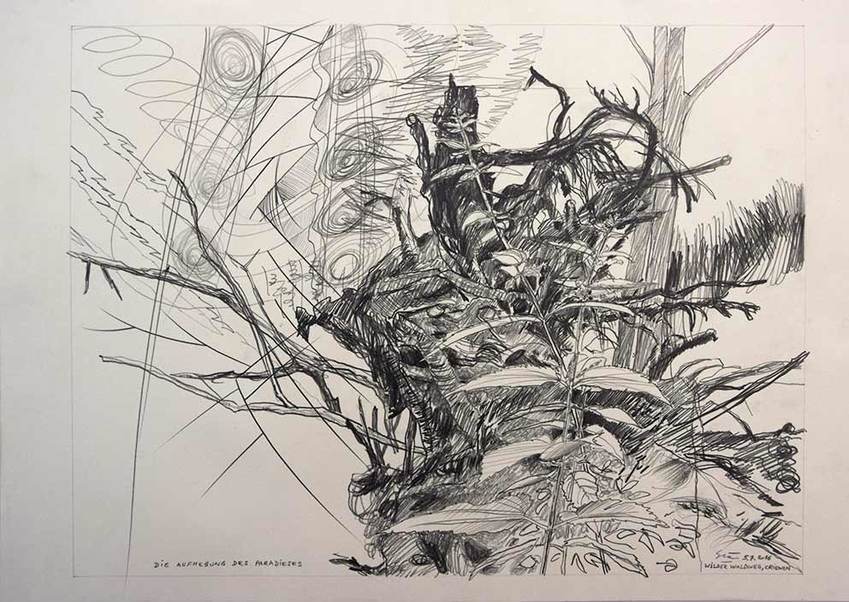 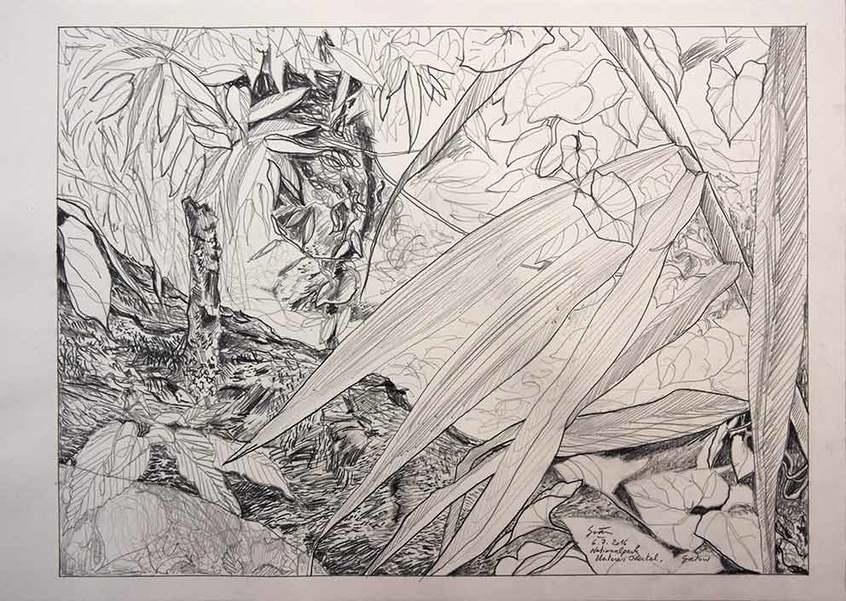 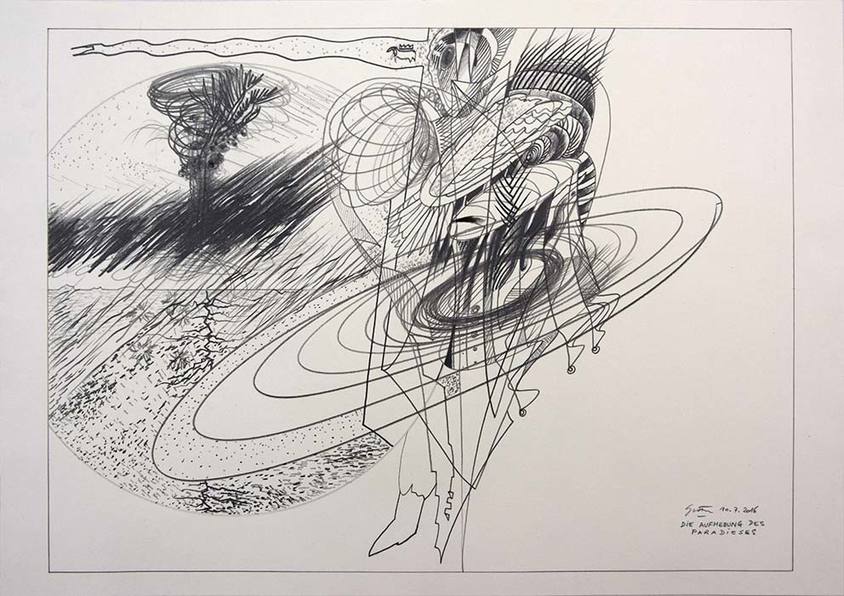 Pencil drawing: „Flaming Cherub"  (2016, 32x43cm)
Studio sketch on the theme "The suspension of Paradise" made in my studio quarters from the
Art Association of Schwedt
→ Read more 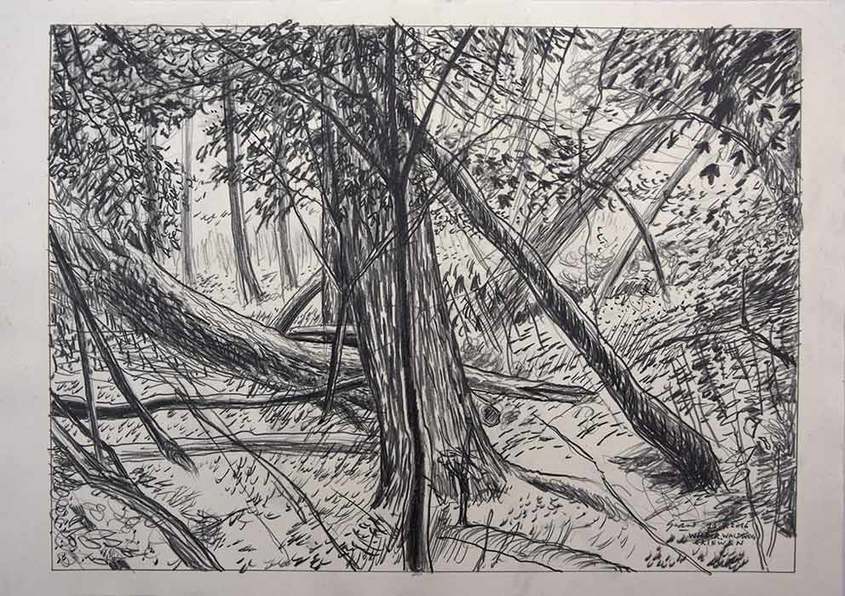 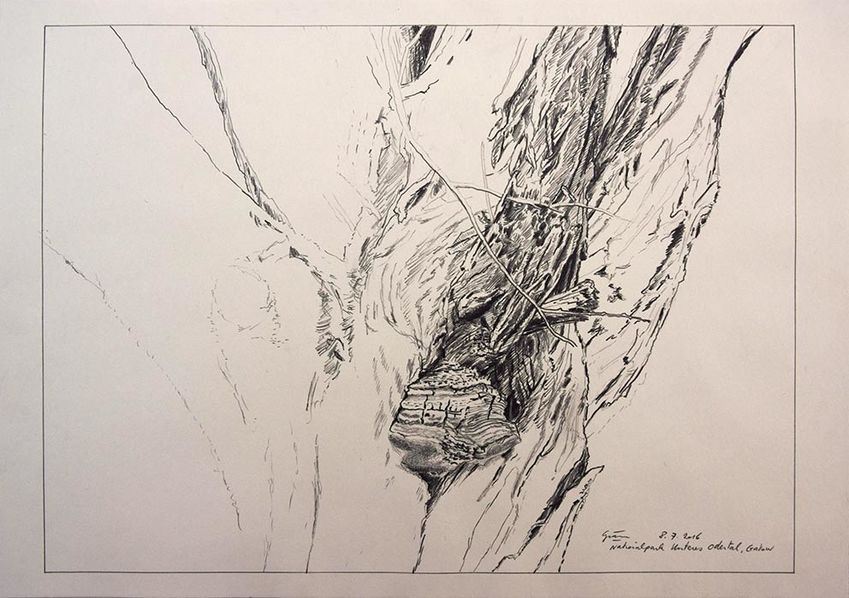